Taviano is a quiet tourist town located on the Ionian-Salento arch which is about 7 km from the sea, 12 km on the south of Gallipoli, and 50 km on the south of Lecce. Taviano is part of the southern coast of the Gulf of Gallipoli, an area that in summer time is among the most popular of the peninsula. The seaside village is called “Marina di Mancaversa” located just 6 km from Gallipoli. Its coastline extends for 2 km and is characterized by a low cliff and the Ionian sea , which is rich in fauna and flora.

Is also called the “City of Flowers”: because of its cultivation that began in the years 1960-1970 when numerous Taviano immigrants returned from the Ligurian Riviera (Riviera dei Fiori), bringing this experience and novelty. Today it is possible to see the flower market in Leverano every week.

Starting from the second half of the 11th century, different dynasties followed and alternated in Taviano: Byzantines, Normans, Swabians and Angioni. 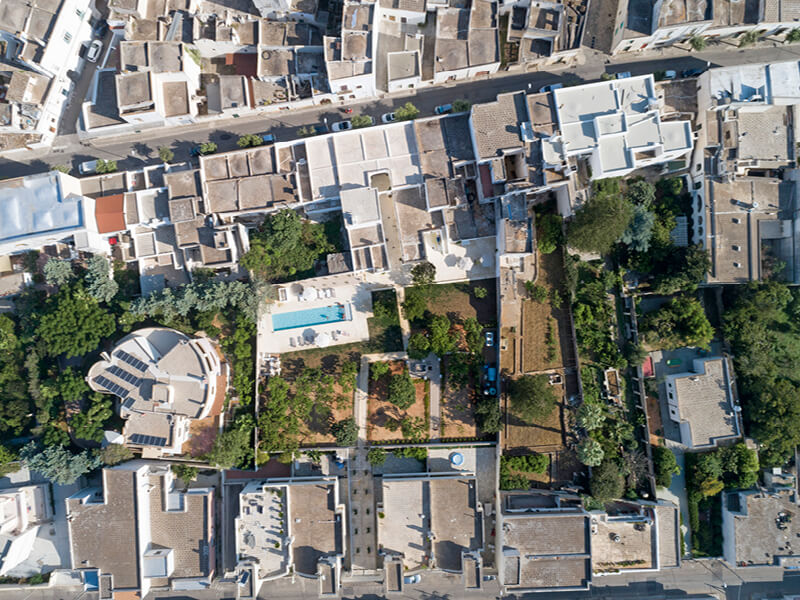 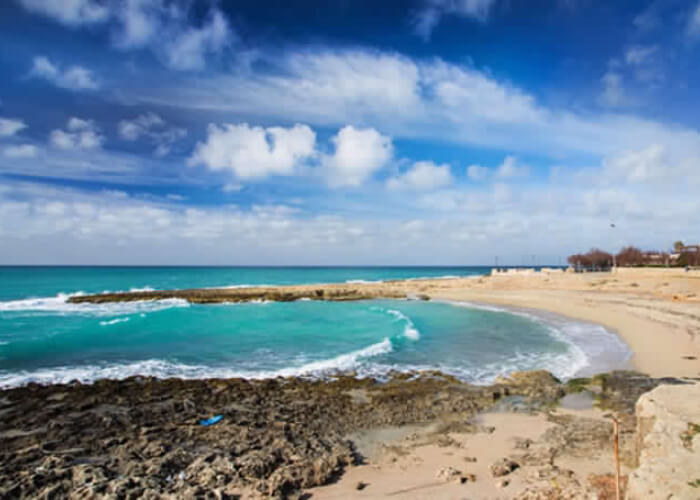 The beach of Marina di Mancaversa, a hamlet of Taviano, extends for less than a kilometer and is located between Torre Suda and the Punto Pizzo beach, on the Ionian side, about 40 km from Santa Maria di Leuca and only 15 km from Gallipoli. The rocky beach is mainly made up of low and flat rocks, easily walkable to the shore, made of white pebbles of various sizes. Its uncontaminated seabed, rich in sea urchins, molluscs and fish, is the ideal place for scuba diving or for a good swim in complete tranquility away from the crowded and noisy beaches. 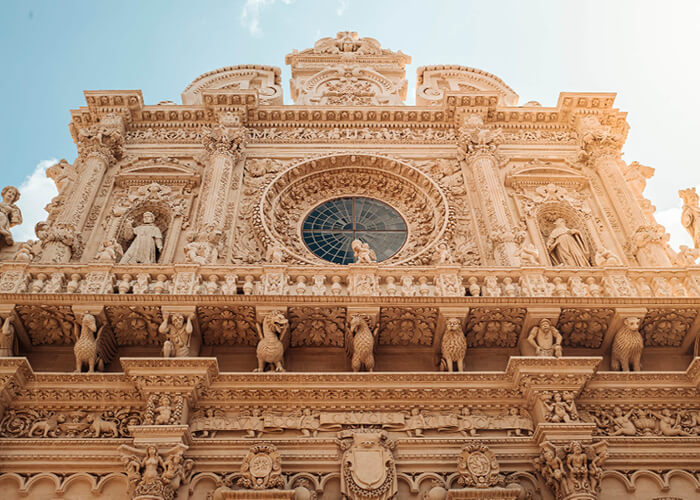 Lecce is one of the most beautiful cities of art in Southern Italy. Known as "the Florence of the South", Lecce knows how to amaze and fascinate tourists and visitors. Its very ancient Messapian origins and the archaeological remains of Roman domination are in fact mixed with the richness and exuberance of the typically seventeenth-century Apulian Baroque of the churches and palaces of the center. A tour to discover Lecce beyond the Cathedral, the Castle, the churches, the amphitheater, would be incomplete without seeing its museums and art galleries. Among the many stand out: the Provincial Archaeological Museum of S. Castromediano, which houses very ancient remains from the Roman and Messapian periods; the Historical Museum of the city of Lecce, which is also a contemporary art gallery; the Franciscan Art Gallery, inside Palazzo Fulgenzio, and the Roman Theater Museum which, in addition to containing finds from archaeological excavations, also houses a series of nine theatrical masks from Villa Adriana in Tivoli. 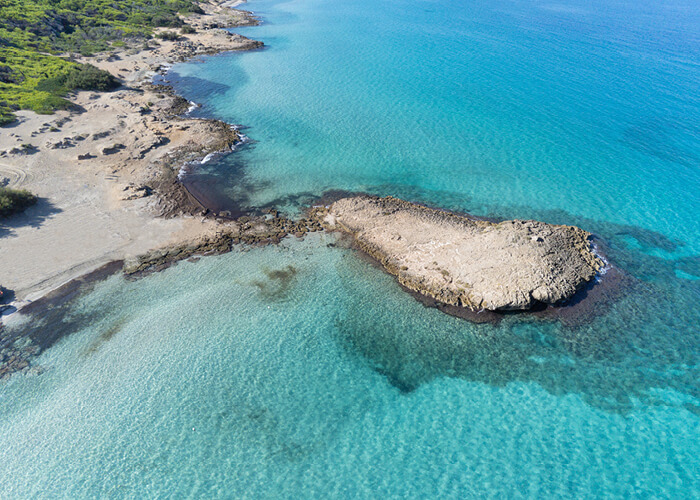 Named one of the 5 most beautiful beaches in Italy by the Guardian.

The only bathing establishment in the area is the” Lido Punta della Suina”. Here you will find everything you need to spend fantastic days of fun and relaxation. All without contaminating in any way the natural environment present here, made even more suggestive by the green and emerald waves that the crystalline sea offers. 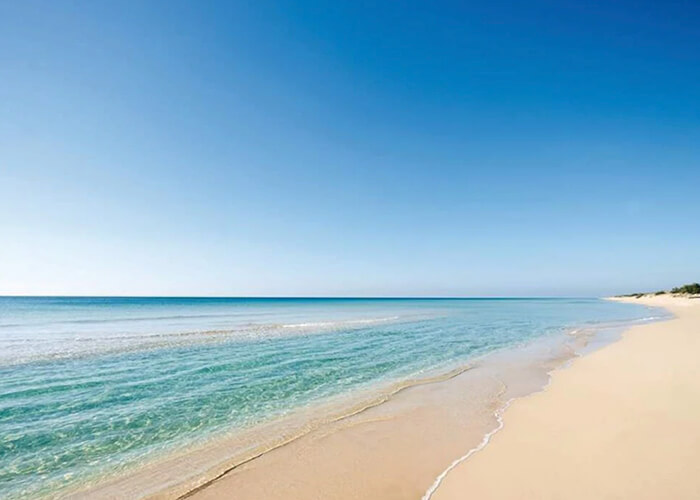 Pescoluse is one of the absolute pearls of the Ionian Sea. It has a coast made of long trails of white sand and dunes that lie on a transparent sea like few others with a blue that seems to filter the sun's rays in a way capable of offering unique colors. Over 4 km of white free beaches interspersed with beaches equipped with famous bathing establishments, fine sand and crystal clear water in an uncontaminated landscape, framed by sand dunes and reeds moved by the wind. 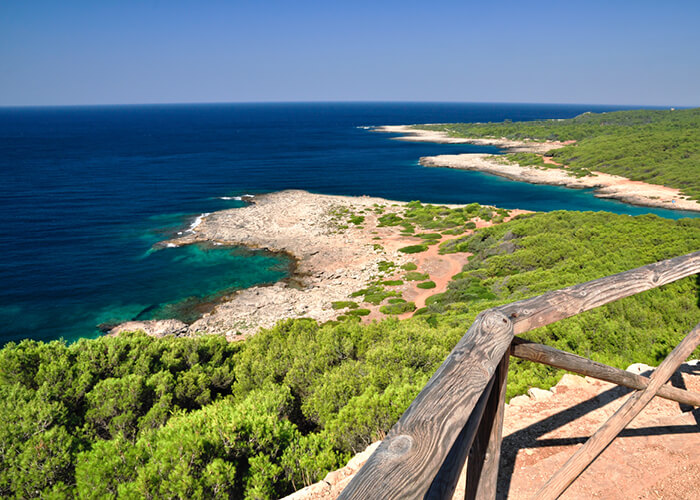 From an inestimable environmental value and unique panoramic beauties, Porto Selvaggio is among the most characteristic places in Salento for its wonderful ecosystem. Extending along the coast for 1130 hectares, it alternates between pine forest and rocky coast with stretches of soft and white sand, bathed by a blue and crystalline sea, with a length of 7 kilometers of wonderful uncontaminated area. The Porto Selvaggio Park includes an area of ​​significant landscape interest, known as Palude del Capitano. It is a stretch of water, where currents of sea water and fresh and cold groundwater coexist, probably created due to the sinking of an ancient cave. Uncontaminated nature is the protagonist of the swamp. 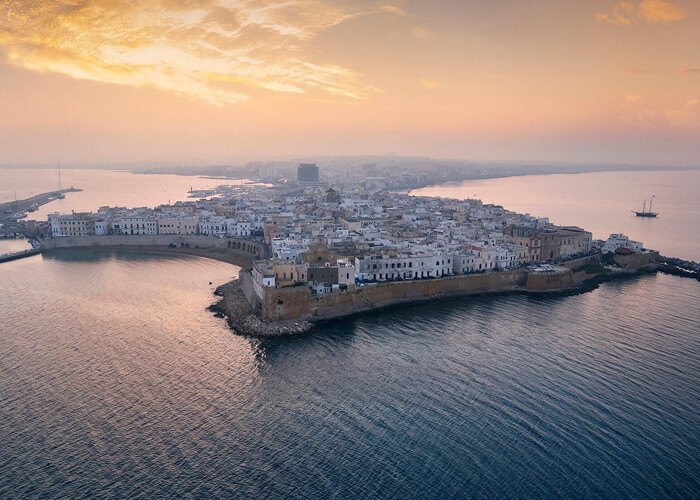 In Gallipoli, Relais San Martino has the Sant’Anna beach club with white sand, bar and restaurant.

The town of Gallipoli, known as the Pearl of the Ionian Sea, is divided into two parts: the oldest or "old city" situated on a small island is connected to the more modern area, the "new village"which is on the promontory behind and interlaced, by a brick bridge . Gallipoli in recent years has become a very popular tourist destination for Italians and foreigners. The history of the city is very long and complex; it started from its very foundation by the Messapi through the various Roman, Byzantine, Saracen, Norman and Aragonese dominations. One of the most beautiful seaside spots is located within the old town of Gallipoli and is the beach of Purità. Do not miss a visit to the Angevin Castle, the churches, the Hypogeum oil mill and the Museum of the Sea. 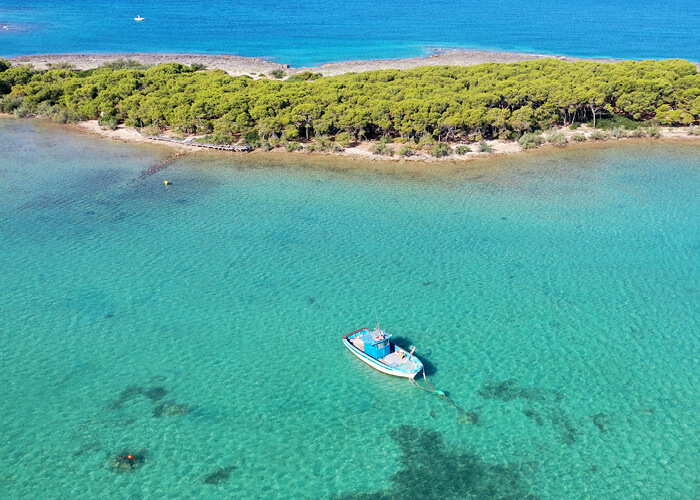 It was an important port already in Roman times, with the name of Cesaria, where the Portus Sasinae degli Japigi stood, but the place was already inhabited from prehistoric times and later in the Bronze Age. Sailors of Greek origin used the commercial port to connect the Aegean Sea and northern Africa with the innermost Puglia and Lucania. In more modern times the town was repopulated thanks to the attraction of a “Tonnara”, which around the eighteenth century attracted several families of workers especially from Taranto. Subsequently the town of Porto Cesareo started to develop and built the church of the Madonna del Perpetuo Soccorso, until it became the current important seaside resort with many kilometers of golden beach, with a Caribbean look and clear waters.

The Marine Protected Area of ​​Porto Cesareo extends for 16,654 hectares and 32 km of coastline and involves the coast of the municipalities of Porto Cesareo and Nardò, both in the province of Lecce, in the eastern part of the Gulf of Taranto, which constitutes the most Northern Ionian Sea. The coast of the Marine Protected Area is limited to the north by Punta Prosciutto and to the south by Torre Inserraglio, with stretches of sandy coast alternating with stretches of low and rocky coastline, rich in islets and outcropping rocks. 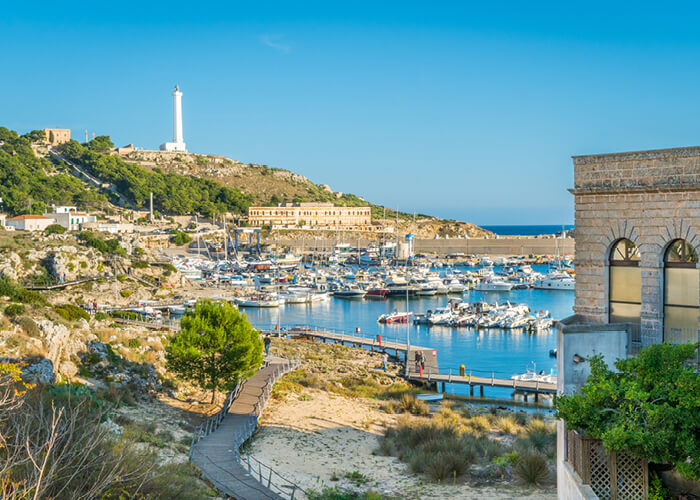 Santa Maria di Leuca is the southernmost tip of Salento and is striking for its colors and the unreal silence that surrounds the church to which it owes its name - first sanctuary, today basilica - also known as Santa Maria De finibus terrae (from the end of the world ), based on an ancient belief that considered it to be at the limit of all emerged lands. It embraces two seas: the Adriatic and the Ionian. Visiting Leuca means retracing a long history, made up of rock settlements, caves, crypts, churches, castles, ancient olive trees, hidden inlets in a blue sea like few others. And in fact from the port of Leuca fishermen and tourists leave for the caves, dei Giganti, del Presepio, del Diavolo and del Drago, formerly Neolithic settlements, which today represent a great attraction that local tourism enhances with boat visits and underwater excursions.